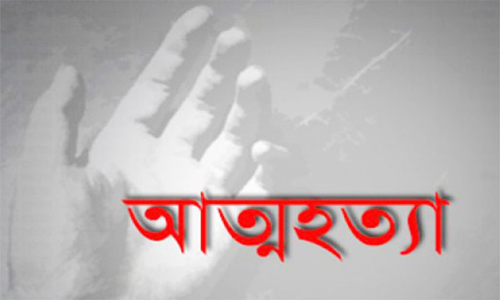 One house wife was committed suicide by hanging herself in her residence at Hatirpar area under Kurigram municipality area at around 2.00pm on Tuesday (October 18).

The deceased was identified as Ferdousi Begum 35 Wife of Sazzad Hossain, education officer of Bhurungamari upazila in the district. The causes behind the suicide could not be known immediately, sadar thana police said.

Local sources said her son returned from school at around 4.00pm and saw that the door was shut. He called several times but he received no response.Finding no alternative way he informed the matter to local people.Locals however entered the room breaking open the door and found her hanging body. The matter was informed to sadar thana police. Police recovered the body and brought to Sadar thana. A case was filed.

Officer-in-charge of Kurigram Sadar Police station Khan Mohammad Shahrear admitted the incident and told that details will be known after investigation.