Deputy General Manager (DGM) Sajjdur Rahman of Dashuria Zonal Office of PabnaPalliBidyut Samiti-1 has been suspended after a video of him accepting a ‘bribe’ went viral on social media. PalliBidyutSamiti formed a departmental investigation committee in this incident.

Md Akmal Hossain, general manager of PabnaPalliBidyut Samiti-1, confirmed this information on Sunday. In this regard, he said, on the instructions of the head office of the association, DGM Sajjdur Rahman has been temporarily suspended from Dashuria office and attached to Mymensingh supervisor’s office. 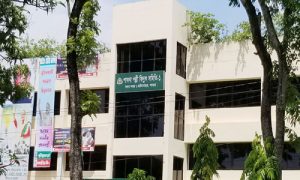 In that viral video, it can be seen that DGM Sajjadur Rahman took a bundle of money (Tk 50,000) from a person. At that time, the person sitting in front videoed it and asked the customer about the money. At this time, the customer is heard saying, ‘I am taking a new connection from you, so sir has asked for money for sweets.’ At that time, DGM Sajjdur Rahman threw that money to the customer.

Officer-in-charge of Ishwarid police station Arobinda Sarkar said that `DGM Sajjdur Rahman filed a complaint with Ishwardi police station claiming that the incident was staged as the video was spread on social media.’