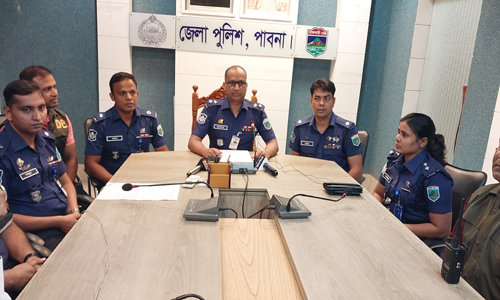 The police have revealed the mystery of the killing of Awami League leader Saidar Malitha under Hemayetpur union of Pabna Sadar upazila within 72 hours and also 6 people arrested with weapons.

PabnaSuperintendent of Police Akbar Ali Munsi gave this information in a press conference at his conference room on Tuesday noon. 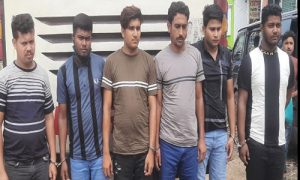 SP Akbar Ali Munsi said that on September 9, at noon, SaidarMalitha, a municipal AL executive member, was publicly shot and hacked to death on a tea stall at najurmor of Char Bangabariavillage in PabnaSadarupazila. After filing a case in this incident, the police launched an operation.

He also said that with the help of information technology, raids were conducted in different places of Dhaka, Cox’s Bazar, Sirajganj and Pabna districts and six people who participated in the killing mission were arrested. At that time, foreign pistols, bullets, motorcycles and various signs of murder were seized from them.

He said the mastermind has been identified. He will be arrested soon. Besides, a total of 23 cases against the arrested in various incidents.

After the arrest, during the preliminary interrogation of the police, the arrested said that there was a dispute between the former chairman of Hemayetpur Union AlauddinMalitha and his cousin SyedarMalitha over the defeat in the UP elections and land. Saidar was moving forward to spread influence and dominance in the area. That is why this murder was planned to remove him from the road.

The arrestees will be brought before the court and remanded for further questioning, SP added