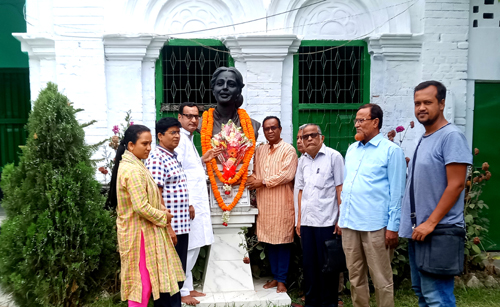 Suchitra Sen was the first actress to win an award at the International Film Festival. The Uttam-Suchitra Sen duo on the silver screen is still a favorite of the audience. She is a Bangladeshi female actress by birth. She was born on 6 April 1931 on the Hem Sagar Lane in Pabna town. Suchitra Sen Smriti Samgrakkhon Parishad has been protesting for a long time and cleared the house through the district administration after overcoming legal complications. At present, it has become a place of interest for visitors as the Suchitra Sen Memorial Museum.