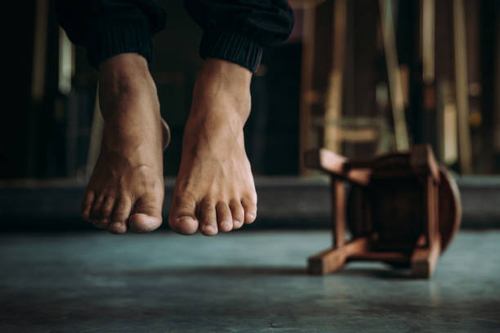 A couple was committed suicide within half an hour under Shibganj upazila in Bogura.

The deceased were identified as Ajmeri Khatun, 19, daughter of Abdur Razzak of Masimpur Chalonja village in Majhihat union of Shibganj upazila and Sabuj Mia, 21, son of late Abdul Jalil, a worker engaged in green road repair work, of nearby Damgara Karigarpara village of the upazila.

Police recovered the bodies of the two on Tuesday morning and sent them to Shaheed Ziaur Rahman Medical College Hospital Morgue for autopsy.

Officer-in-charge (OC) Deepak Kumar Das of Shibganj police station said Sabuj Mia had a love affair with Ajmeri Khatun. The financial condition of the Ajmeris was good. He added that about 15 days ago, family members married Ajmeri to an expatriate on a mobile phone. Ajmeri could not accept this marriage. That’s when they might decide to commit suicide.

An unusual death case has been lodged in this incident with Shibganj police station.