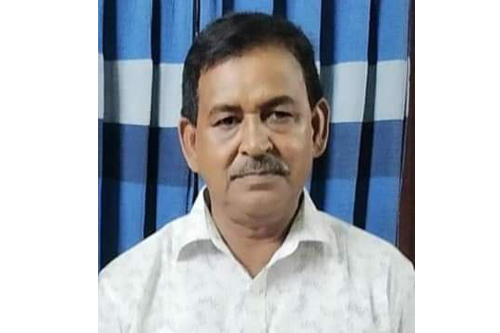 Publisher and president of editorial board of the Weekly Kurigram Barta eminent journalist AB Siddique is no more. He died in Dhaka Bangobandhu Sheikh Mujib Medical University (BSMMU) at 12.30 am on Monday (March 14). He was 62. He had been suffering from asthma and old age complication for long.

His first namaz-e-Janaja was held at Kurigram Vocational Charuapara New Jami mosque near his house at 2pm. Later his body was brought to Kurigram press club premises where various organizations including Kurigram Press Club,Sangbadik Samity,Shilpokala Academy respected the body with floral writhe and second namaz-e-janaja was also held at 2.30 pm there. At the end of Janaja his body was taken to his village home at Jorgach under Chilmari upazila where he was buried in his family graveyard at 4.30pm on Monday.

H left behind two sons daughter, ill mother and a host of relatives to mourn his death. He was a member of Kurigram Press Club and also Kurigram district correspondent of the Daily Financial Express and the Vorer Kagoj.

People of all walks of life including the reporters Kurigram shocked following the death news.