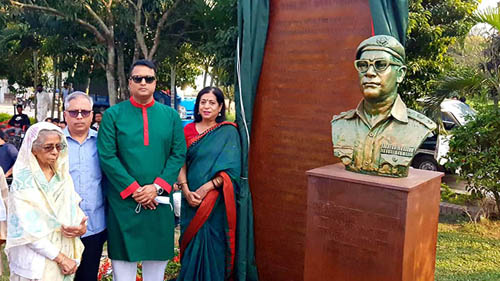 The sculpture “Amlan-71” has been inaugurated in memory of Pabna district police personnel killed in the war.

Later, a discussion meeting on the role of Pabna district police in the war of liberation was chaired by SP Mohammad Mahibul Islam Khan.