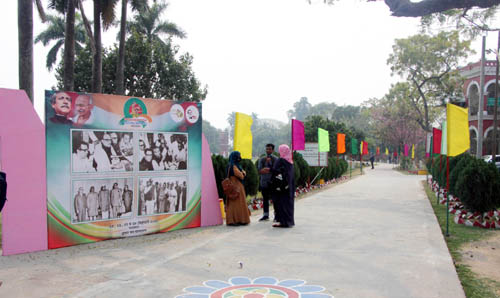 On the birth centenary of Bangabandhu Sheikh Mujibur Rahman, the golden jubilee of Bangladesh’s independence and the 50th anniversary of Bangladesh-India alliance, Rajshahi is going to start under the patronage of Rajshahi City Corporation and Friends of Bangladesh. 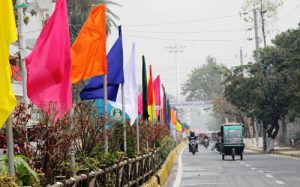 The four-day cultural fair will be held from Friday 25 to 26 February. Bangladesh-India Cultural Reunion-2022,
The four-day program includes the arrival of Indian guests on Friday, February 25, paying homage to the mural of Father of the Nation Bangabandhu Sheikh Mujibur Rahman at 9:30 am at the CNDB intersection on February 26, and paying homage to AHM Kamaruzzaman, one of the four national leaders.

A civic reception will be held at 11:30 am at Nagar Bhavan Green Plaza with the participation of invited guests. A discussion meeting will be held at 4.30 pm and a pleasant cultural program will be held at Rajshahi College ground at 6 pm with performances by famous artists of Bangladesh and India. The event will be open to all.

Visited Barindra Research Museum and Puthia Rajbari on 26th February at 9 am and participated in a day-long program at Uttara Ganobhaban, Natore at 10 am. A cultural program will be held at Rajshahi College ground at 7 pm with performances by national and local artists. Visiting Rajshahi University in the morning on 28th February, visiting Durga Temple at Taherpur at 10 am, visiting Bagha Shahi Mosque and Dargah at 1 pm, returning to Rajshahi at 4 pm and participating in tea cycle.