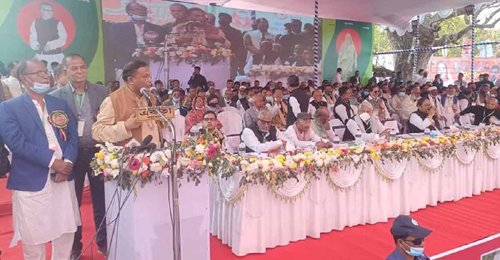 ‘Information Minister Dr. Hasan Mahmud on Saturday said, “People’s leader Sheikh Hasina is thinking of providing pension to 60-year-old women by talking to the people of the country.” Go from house to house talking about Sheikh Hasina’s development and tell people about boat markers. People should not be confused by the BNP-Jamaat conspiracy. ‘ 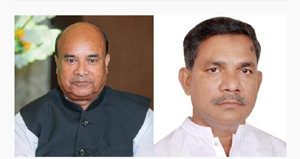 The minister was speaking as a special guest at the Pabna district Awami League’s triennial conference at Pabna police Lines ground on Saturday noon.

Pabna district Awami League’s triennial conference was attended by more than half a million people within the restrictions.

Maskless leaders and workers participated in the conference in groups.` The common man was shocked that the government party had organised such a big rally in Pabna by disobeying the government ban in Corona.’

Asked about the rally, Deputy Commissioner Biswas Russel Hossain told New Age, “I have no comment on that.”

Former Stare Home Minister advocate Shamsul Haque Tuku MP said, “All the leaders and activists were asked to come to the conference following the rules of health. But after 7 years, the conference of Awami League has become a festive atmosphere. So the arrival of common people including our leaders and workers was huge. So it was not possible for everyone to follow the hygiene rules. That is our failure. ”

The conference was inaugurated by Abdur Rahman, a member of the presidium of Bangladesh Awami League.