Drug dealer nabbed with 62 liters of of Cholaimad in ​​Bogura 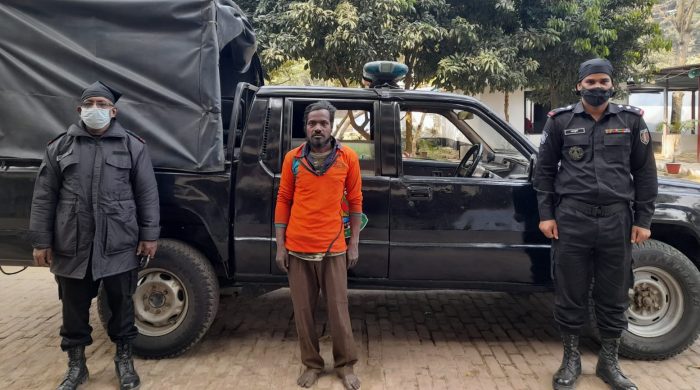 A drug dealer was nabbed with 62 liters of of Cholaimad under sadar upazila in ​​Bogura on Wednesday noon.

The arrested id identified as Raihan Runu Sarkar, 39, son of Abdur Rahman Sarkar of Erulia Chakpara area of ​​the district. The arrested drug dealer has been handed over to Sadar Police Station in the district for taking legal action against him.

Basis of secret information RAB-12, Bogura Camp conducted an operation on a paved road in front of Rana Plaza under Sadar Police Station and seized a total of 62 liters of Cholaimad.

Squadron Leader Md Sohrab Hossain said that such anti-drug campaign activities of RAB will continue and will be intensified in future. They firmly believe that such activities of the law enforcement agencies can make Bangladesh a crime free country, he added.