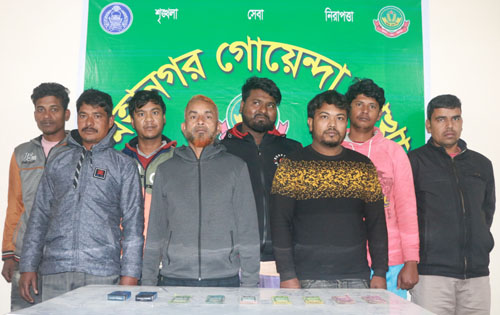 A team of Metropolitan Detective Branch (DB) has arrested eight gamblers along with cash and cards in a raid in Rajshahi metropolis.

They were arrested on Monday (January 31) at 11:15 pm while gambling at the Aliganj Ali junction under Rajpara police station.

This information was confirmed on Tuesday (February 1) by the Deputy Commissioner of Police (DB) of the Metropolitan Detective Police, Md. Arefin Jewel.

Legal action has been taken against the arrested accused.