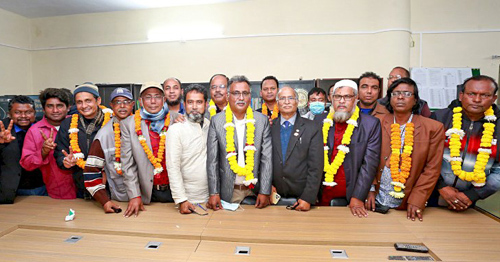 Pro-Government Journalists-Panel Nayan-Mintu under Bogura Union of Journalists (BUJ) has bagged 18 out of 21 posts including President and General Secretary from the election held in the Bogura Press Club premise in Bogura on Sunday.

In the election, out of 186 members of Bogura Press Club, 175 voters have cast their votes to their respective and chosen candidates and they elected 16 candidates through election and earlier, president, office secretary and three vice-presidents have won in their respective posts unopposed. 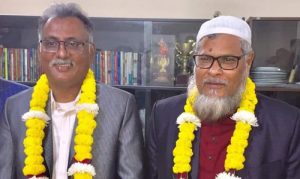 The Editor of The Daily Karatoa Mozammel Haque Lalu-led three member-election committee conducted the election smoothly and the other two members of the committee are the president of Bogura Union of Journalists Amazad Hossain Mintu and Office Secretary of Bogura Press Club Shafiul Azam Komal.

In the election, the members of the press club were seen exchanging their greetings and the election was helf with huge fervour and enthusiasm.