US Department of State Anti-Terrorism Assistance (ATA), U.S. The Commissioner of Police inaugurated the “Cyber ​​Training Course 2022” for the members of RMP’s Cyber ​​Crime Unit under the supervision of Embassy, ​​Dhaka.

ATA, U.S. at RMP headquarters at 10:30 a.m. Sunday. The inaugural function of the two-week “Cyber ​​Training Course 2022” was organized by the members of RMP’s Cyber ​​Crime Unit under the auspices of Embassy, ​​Dhaka. 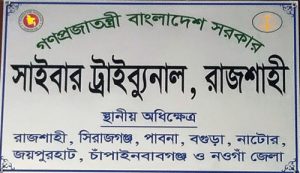 The Commissioner of Police said Hon’ble Prime Minister Sheikh Hasina is moving forward to make Bangladesh a developed and prosperous country by 2041 in the belief of building “Golden Bengal of Dreams” of Father of the Nation Bangabandhu Sheikh Mujibur Rahman. Inspector General of Police on the instructions of the Prime Minister to build a developed and prosperous Bangladesh. Mr. Benazir Ahmed, BPM (Bar) has organized training for every member of Bangladesh Police.

The Commissioner of Police further said that Cyber ​​Crime Unit has been formed in RMP to control crime through digital and arrest criminals to make Rajshahi a safer city. The RMP Cyber ​​Crime Unit has already gained the confidence of the people of the city to help in curbing cyber crime, arresting criminals, unraveling the mystery of digital cases and other cases and controlling various crimes. Therefore, this course has been organized to enhance the skills of the members of the Cyber ​​Crime Unit.

He emphasized the importance of training in his speech and instructed the trainees to take the training seriously.

The Commissioner of Police thanked the RMP’s Cyber ​​Crime Unit for providing such training and the trainers of ATA including the US Embassy, ​​Dhaka.