The well-known Rajshahi Medical College (RMC) Hospital is the last resort and refuge for medical services in the northern region. At one time there was a filthy, garbage and foul smelling environment in different wards inside and outside the hospital. 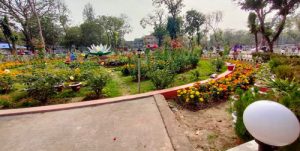 But now a different picture is prevailing in RMCH. At present RMC Hospital is back in a clean environment. Also, the patients who come for treatment say that the quality of medical services in RMCH has also increased as compared to the past.

A similar picture was seen during a field visit to Ramek Hospital on Wednesday (January 19). One door has been opened to enter Ramek Hospital, another to exit. At the same time, a separate paved road has been constructed for getting out of the hospital on foot.

Next to the entrance, for years, there were piles of jungle and rubbish all over the area. Flowering trees have been planted there neatly. The roots of the big trees are paved with bricks. A motorcycle garage has been set up at the beginning of RMCH’s entry. On the other hand, a tent has been constructed on the east side to keep the bikes and cars of doctors and staff. 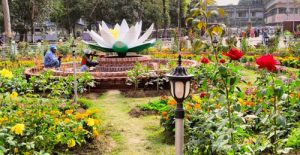 It has been seen that inside RMCH there is a scene of disposal of various vehicles with sticks and sticks in hand. Neither the autorickshaw nor the CNG is standing in the way. As a result, patients are coming in one ambulance after another without any hindrance.

Again, the ambulance syndicate carrying corpses used to stand inside and outside RMCH. This is the pain of losing a relative, then again 5 to 10 times the fare for transporting the body of a relative, which has been going on for ages. But now this picture has changed. The days of anarchy in the corpse trade from RMCH Hospital are also over.

Inside the hospital, the ground floor of different wards used to be a garbage dump with food, needles and syringes. It did not have the opportunity to breathe a little. But at present the environment inside the hospital is quite clean. 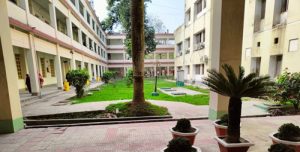 In this case, according to the RMCH authorities, we could not arrange enough dustbins in different wards. So many times the relatives of the patient are forced to throw out the garbage without finding a place.

However, RMCH director Brigadier General Shamim Yazdani said that preparations are underway for waste management including dustbins to make the environment more clean in the future.

Residents of Ahmedpur Bospara area of ​​the city Ad: Md. Nizam Uddin said that his wife Ramek has been admitted. Asked about the environment of the hospital and the quality of health services, he said, “The environment has become much more beautiful than before.” Doctors are also seeing patients with time. Again, to prevent theft, people are not allowed to enter and exit without ID card. If this environment continues, the patient and his relatives will never suffer. 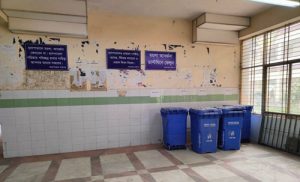 Fudki neighborhood residents said. Nasim. Admission is in 5th ward. He said it is true that the quality of service has increased a lot. There are many tests for Ramek. But the environment needs to be made more neat and clean.

Meanwhile, an Ansar member named Ashiq was in charge of the parking slot. Ramek has been working for 6 months. “I have seen a lot of changes in RMCH in the last six months,” he said. Outside the dirty environment has changed to flower gardens, parking arrangements have been made for the staff.

Water would have been stagnant towards the emergency gate, which is also not a problem at present due to the development of drainage system. Overall, the environment in RMCH is much better than before.

According to RMCH sources, the hospital currently has a total of 1,200 beds. At present, about two to two and a half thousand patients visit RMCH every day. However, this amount increases to about three to four thousand during the summer. 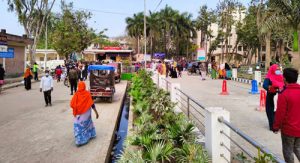 There are 56 wards. The hospital has 233 medical posts of which 30 are vacant. There are 146 vacancies in the total 911 posts of 2nd, 3rd and 4th class. With a previous manpower of 550 beds, the 1,200-bed hospital is in operation. The hospital authorities said that they are facing many problems in this.

Brigadier General Shamim Yazdani is currently in charge of RMC Hospital. He took over the charge of RMCH on November 8, 2020. Prior to joining, he was in charge of Dhaka CMH Hospital. After coming to Ramek, he first focused on removing the dirty environment.

When asked, he said, “I saw a lot of dirty and smelly places in different places of Ramek.” Which we can overcome with little effort. The drains were bad, the manpower was low. At first I tried but failed. Then personally motivate the employers here and bring them in a clean environment as a challenge.

All in all, RMCH director Shamim Yazdani hopes to eliminate harassment of patients and provide fast care. Improving the quality of their service and giving them respect. At present, the doctors have also become very enterprising and are providing very good services.

But because of Corona, our initiative is declining. When people hear the name of Rajshahi Medical Hospital, they say the name with respect. We want to be the ‘One of the Best’ Medical College Hospital in Bangladesh Inshallah.