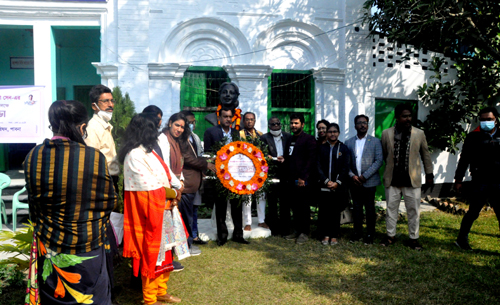 The speakers lamented the 8th death anniversary of the film’s legendary heroine Suchitra Sen, and saying,‘Memorial archives have not yet been developed.   Even no initiative has been taken in this regard.

Cultural activists lay wreaths at the sculpture of Suchitra Sen on the Hemasagar Lane in the district headquarters. All the speakers at the meeting also expressed condolences over the death of Saidul Haque Chunnu, late president of SSMPP, and prayed for the forgiveness of her soul. 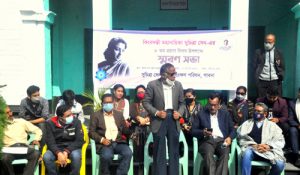 Speakers expressed frustration over the lack of a memorial at Suchitra Sen’s ancestral home. They complained that there was still no work to be done in the house. The matter is in the dark.

They expressed as no action was taken by the district administration on the occasion of the day.

The speakers are going to unanimously announce the programme of archiving at Suchitra Sen’s house. They called on the government to preserve the memory of Suchitra Sen.