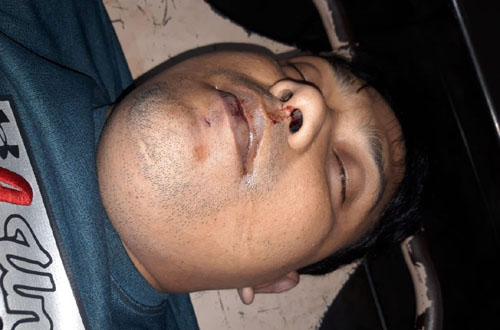 Two persons were killed in an accident on Kharkhari Bypass Highway in Rajshahi metropolis in one day.

A motorcyclist named Salauddin (28) died at 9:30 am on Saturday. He said the area of ​​Boalia police station Dara. Son of Sirajul Islam.

According to eyewitnesses, Salauddin was speeding towards Amchattar. On the way, a truck fell in front of Salauddin on the highway on the east side of Kharkhari bypass junction under Motihar police station. At that moment, he panicked and crashed into the road with a quick brake and suffered a serious head injury.

Later, with the help of locals, SI Palash of Motihar Police Station and allied forces rescued him and took him to the emergency department of Rajshahi Medical College (RMC) Hospital. The doctor on duty there declared him dead.

Earlier, a cyclist named Rezaul Islam (45) was killed when he was hit by a speeding truck at the same place at 5 am on Thursday (January 6). He is the son of late Hafeez Uddin of Hazrapukur village under Katakhali police station.

After the accident, the truck driver Md. Safiqul Islam and helper Md. Russell were fleeing when the locals arrested them and handed them over to the police.

Officer in charge (OC)  Anwar Ali Tuhin said the body of motorcyclist Salauddin was recovered from Kharkhari Bypass Road at 9:30 am on Saturday and sent to Ramek’s morgue. The body will be handed over to his relatives after the autopsy is completed. A case will be filed in this regard.

The OC also said that a cyclist named Rezaul Islam was killed when he was hit by a truck at the same place last Thursday (January 8). The victim’s brother said. Sirajul Islam has filed a case with Motihar police station. He also said that the driver of the truck, Helper, was arrested and sent to jail.