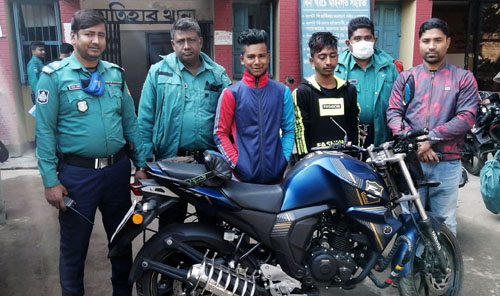 They were arrested from Baje Kajla area under Motihar police station on Friday night. At that time a motorcycle was recovered from them. Motihar police chief conducted the operation.

At that time he left his used motorcycle in front of the gate and entered the house. After staying inside the house for a while, he came out and saw that the motorcycle kept at the gate was not there and the helmet was lying on the ground. At that time, he did not find the motorcycle in different places and lodged a complaint against Motihar.

The OC also said that two thieves were arrested in Motihar police station in this regard. Shravan Doel and Md. A case of motorcycle theft has been filed in the name of Shravan Islam Amit. He also said that they were handed over to the court at 11:30 am on Saturday.