Four out of 5 killed from law Enforcers’ bullets in Bogura 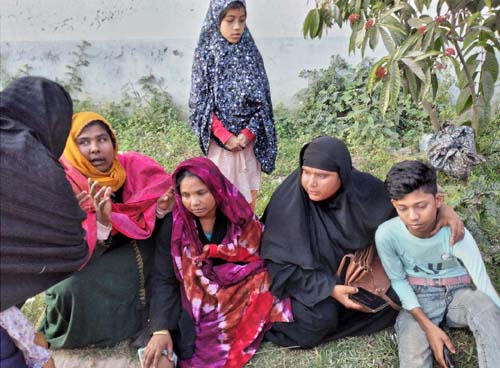 At least five persons including four by the law-enforcers were killed, few injured during post-election chaos in Gabtoli upazila in Bogura on Wednesday afternoon.

Chaos created from the snatching ballot boxes during the vote counting time Kalaihata poll centre under Baliadighi union under the upazila.

Contacted, Officer-in-Charge (OC) of Gabtoli Model Police Station Zia Latiful Islam said that the local people tried to snatch poll boxes by creating chaos and at a stage, they were dissuaded by bullet fire having no way out with the presence of executive magistrate.

Injured were identified as Abdullah, 45, Jahir Uddin, 45, and Rakib Hossain, 16 and others.

SZMCH Hospital sources said that the autopsy of the deceased was done and then, the dead-bodies will be handed over to the relatives of the deceased.