An election confusion killed one in Bogura 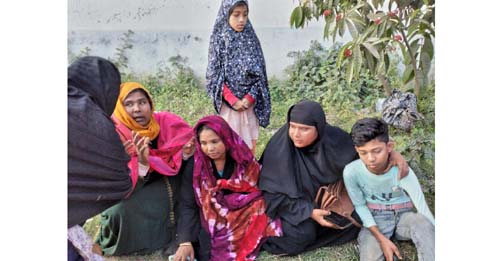 A supporter of member candidate was hacked to death at Rameshwarpur area under Gabtoli upazila in Bogura on Wednesday noon over past election feud.

The deceased was identified as Zakir Hossain, 35, a supporter of Tube well symbol and an owner of Zakir’s Live TV of the area and a dealer of colours for painting.

Local police and deceased relatives said that some supporters of Tube well and Football locked into clash and at a stage, they attacked on the deceased and injured him seriously and later he was rushed to a private clinic and finally he was rushed to SZMCH in Bogura but on the way, he died.

Later on duty doctor declared him dead and said that his dead body was kept in the morgue of SZMCH’s hospital for autopsy.

Contacted, Officer-in-Charge (OC) of Gabtoli Model Police Station Zia Latiful Islam said that police have been conducting drives in the area to arrest the criminals.