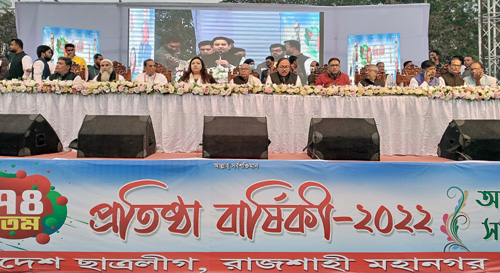 The 64th founding anniversary of Bangladesh Chhatra League has been celebrated in Rajshahi metropolis with colorful arrangements. 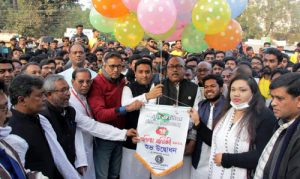 Then a colorful rally was taken out from there. Rally ended at Saheb Bazar Zeropoint and Rajshahi College. After that discussion meetings and cultural programs were held there.

Member of the presidium of Bangladesh Awami League and Mayor of Rajshahi City Corporation AHM Khairuzzaman Liton was present as the chief guest on the occasion.

At the end of the discussion, a pleasant cultural program was held with the performances of famous artists of the country. Leaders and activists of all levels including leaders of Rajshahi Metropolitan Awami League and allied organizations, former and current leaders of Metropolitan Chhatra League were present on the occasion.

National and party flags were hoisted at the Rajshahi Metropolitan BCL office at 8 am today. Wreath-laying and paying homage to the portrait of Father of the Nation Bangabandhu Sheikh Mujibur Rahman at 9 am. Tribute will be paid to AHM Kamaruzzaman Hena, one of the four national leaders, at 10 am.