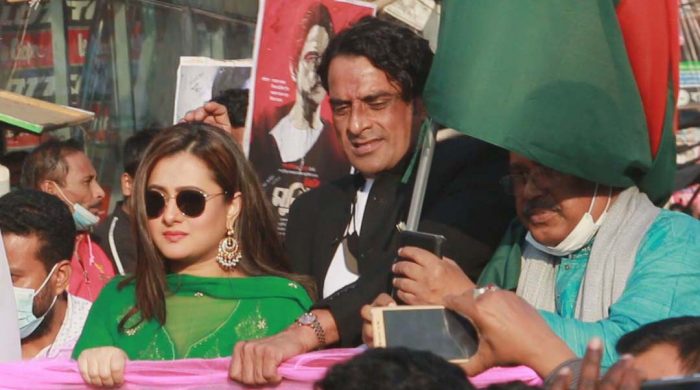 A rejoice rally with discussion was held at Shatmatha in Bogura town on Thursday afternoon on the occasion of releasing the film named Chironjib Mujib, the biopic and the incomplete life sketch of Bagabandhu and his contribution in the language movement in 1952 and the war of liberation in 1971.

The long-film was dedicated by the prime minister of Bangladesh Sheikh Hasina, the elder daughter of Bangabandhu and her younger sister, Sheikh Rehena and the film is going to be released in Bogura on Dec 31 today at Modhubon Cineplex in the town.

The Jubo-league Bogura district unit arranged such colourful rally, short discussion in the town with the presence of Actor Ahmed Rubel who acted on Bagabandhu and Dilara Hanif Purnima who acted on Bangamatha Fazilatunnessa Mujib.

The following the rally, discussion, a cultural at Mujib Mancha evening was also held in the same location and the Speech Writer of Prime Minister’s Office Md. Nazrul Islam directed the film from 2016.