A policeman died in Rajshahi 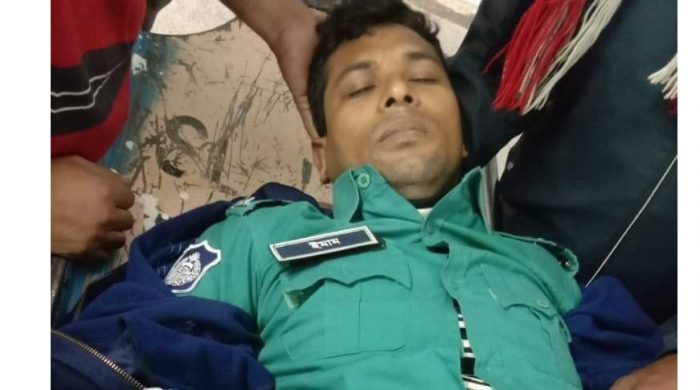 A policeman died in Rajshahi who have been seriously injured in road mishap. He died at Rajshahi Medical College (RMC) Hospital on Wednesday (December 29).

He is  son of late Abul Kashem of Muraripur area of ​​Paba upazila of Rajshahi. He was working in the police lines of Rajshahi Metropolitan Police (RMP).

Ruhul Hospital Police Box in-charge (SI) Ruhul Amin said, “Last Monday (December 26), Imam Ali was returning home from work on a motorcycle. On the way, an unidentified vehicle hit him on the Rajshahi-Chapainawabganj highway in Damkura area on the outskirts of the city. Imam Ali fell on the road and became serious. The locals rescued him and admitted him to Rajshahi Medical College (RMC) Hospital. He died on Wednesday afternoon while undergoing treatment there.

Rajpara police officer in charge (OC) said. Mazharul Islam said, ‘The body of police member Imam Ali is being autopsied. His body will be handed over to his family after the autopsy. The OC said there would be a case in this incident.