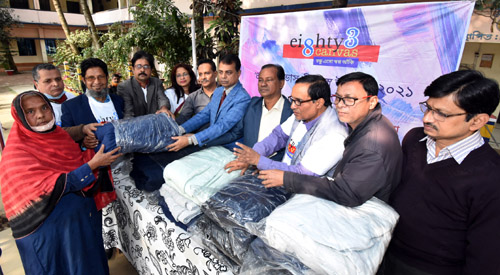 Winter clothes have been distributed among hundreds of destitute & helpless people at the Police Lines School and College premises with the initiative of SSC Batch 1983 students’ organization Canvas’83 on Monday in Bogura. 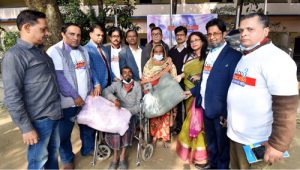 The organization is working for the distribution of food during the coronation period, treatment of helpless people, backwardness in various ways, helpless and distressed people.

In its continuation, blankets are being distributed among hundreds of helpless and distressed people as winter clothes. They also said that such social activities will continue in future also.

Shahadat Alam Jhunu said, “The members of the organization distributed high quality blankets as winter clothes among hundreds of backward, helpless and distressed people in different parts of Bogura city.”