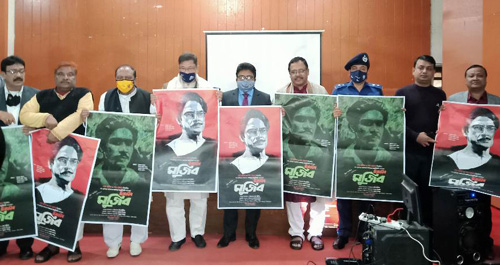 A film named “Chironjib Mujib” based on the incomplete life-sketch of the father of the nation Bangabandhu Sheikh Mujibur Rahman will firstly be released at Modhubon Cine-Complex Modhubon in Bogura town on December 31 this year.

The speech writer of the Prime Minister and son of Bogura Nazrul Islam, who also the director of the film, declared the news in the view exchange meeting with the journalists of Bogura district at Zilla Parishad Millenayatan in Bogura town on Thursday noon.

He told the Journos that to let the people of the country about the life struggle of father of the nation and the film was dedicated by his two daughters Prime Minister Sheikh Hasina and Sheikh Rehena.

The film deals with the struggle of Bangabandhu in political arena from 1949 to 1952 and how the great leader became the leader of the people of all walks of life.