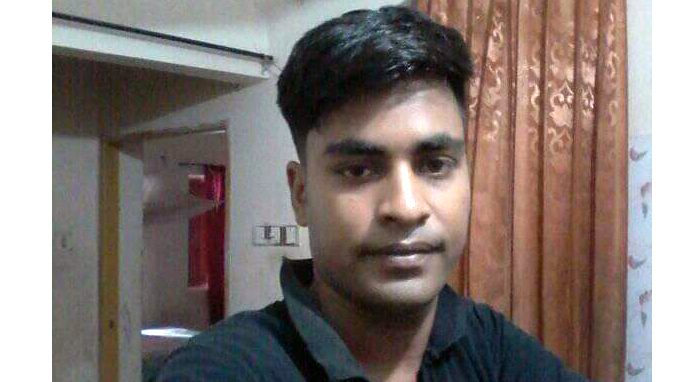 Suraiya Parveen was married to Rusel Islam (29) a railway employee .  In her married life, she worked in the role of Railway Master. It will cost money to pay for the job later. With that, he swindled TK 6 lakh from his wife. Rasel divorced his wife and remarried after the employment permit was issued.

The incident took place in Belpukur area under Belpukur police station on the outskirts of Rajshahi metropolis. Fraudster Russell Puthia police under Halidagachi Dighalkandi Hamidpuri village. Son of Joynal Sheikh. He is currently working in the Fuel Section as an evacuee at Ishwardi Locoside.

In this regard, the victim woman Suraiya Parveen filed a fraud case in the court No. 3 of the wise Judicial Magistrate Amli of Rajshahi. In that case, Rasel appeared in court on December 6 and applied for bail. But the wise court did not grant him bail and ordered to send him to jail. He is currently lodged in Rajshahi Central Jail.

Suraiya Parveen said, happiness will come in the world. I will be happy. With this hope, I sold 9 gold ornaments.  But he cheated on me and sent divorce papers. After that she got married again.

“I did not know,” he said. He had been married twice before. Meanwhile, Rasel first wife committed suicide in her bedroom. He cheated on me by keeping these facts secret. Even then I accepted the fate. But I did not think he would cheat on me!

In response to a question, Suraiya said, “As far as I know, marriage through cheating is his addiction.” I don’t want a family with him. He also said that he wanted money and punishment for his cheating.

In this regard, the senior sub-engineer in charge locosed. When asked about Sherek Rahman, he said. Russell Islam took three days off from work. But he has been missing for 16 days. The official also said that a letter has been sent to a senior official to take necessary action.