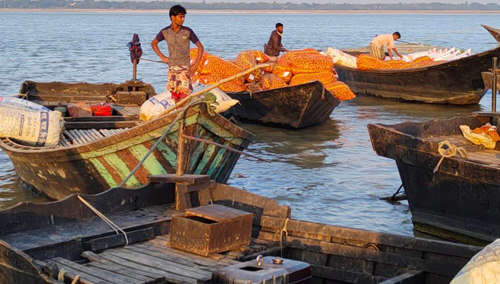 Char Charasariadah is a small village in Godagari upazila of Rajshahi. The location of this char area in the chest of Padma. There are a total of 4,500 families in this village or union bordering Godagari upazila of Rajshahi. The only source of income for the village is agriculture. Tomatoes are sold from this small village every day during Rabi season for around tk 5 to 6 lakh . However, on an average, tomatoes worth Tk 7 lakh are bought and sold every day, said the farmers and management of the village. 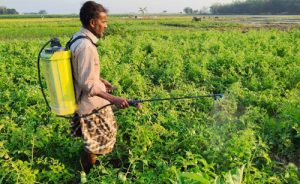 In this small village in Padmapar, it has been seen that tomatoes have been cultivated in most of the vast areas. Row upon row of trawlers have been seen in Padmapara. The busy workers are unloading the tomato-filled sacks from the trolley loaded with tomatoes.

Taking him to the boat. Meanwhile, rows and rows of boats are being loaded with tomato sacks at the wharf. Tomatoes are sold from morning till evening. As for the vegetables, the workers and the serial masters of the ghats have no time to talk.

However, after a while, Abul Kalam Azad, the serial master of the boat at Char Ashariadah Padmapar, told Daily Asia that thousands of sacks of tomatoes go to this wharf every day in Rajshahi city. Once on the other side of the river, the truck will be loaded with sacks of tomatoes. They will go to different places including Dhaka and Chittagong. Every day, vegetable sellers from this small union sell tomatoes for tk 6 to 7 lakhs. Other crops also go with tomatoes.

Sohrab Ali was collecting tomatoes from the char areas of Padma. He bought and supplied vegetables from Rajshahi to different parts of the country. Has been doing this business for almost 20 years. When asked, he said that tomatoes were collected from the fields of different villages in the char area and taken to the trolley. They are brought to Padmapara at tk 20  per sack. Then the boat is lifted. Again, the rent of each boat is 15 rupees per sack. Grab about 2 ounces of tomatoes in each sack. Even today I am carrying thousands of sacks of goods.

At the end of the month of Ashar, a vast area of ​​chars awoke in the chest of Padma. At this time the people of this area spend busy time. As soon as the sun rises, he goes out to the field. The seed is formed by cutting the soil with the help of plow and spade.

Then the turn to attend. Day after day, with the diligence and care of the farmer, the fertile soil became green. Fruits in the field result in different types of vegetables. Tomatoes are the most eye-catching.

Nasir Uddin, a resident of Ashariadah village. This time he has cultivated tomatoes in 3 bighas of land. Asked about tomato cultivation, he said the cost of seedlings, fertilizers and pesticides on 3 bighas of land was tk 35,000 to 40,000. The yield in 3 bighas will be about 10 to 15 metric tons. About one lakh people are expecting profit from this.

Rafiqul Islam, a resident of the same village. “I have cultivated tomatoes on my 2.5 bighas of land,” he said. This time the yield is also much better than other seasons. However, the price of tomatoes on our banks is lower than in the highlands. The reason, he said, was that traders were paying less because of the cost of transportation.

Meanwhile, Deputy Assistant Agriculture Officer of Char Asariadah Union of Godagari Upazila Abul Hossain said that there are three blocks of Char Asariadah, Char Nowshera and Diarmanik Char of Godagari Upazila. Of these, most tomatoes are planted in Char Ashariyadah block. This block has 600 hectares of cultivable land. About 25 metric tons is planted per hectare. In that case, the target of about 15 thousand metric tons of tomatoes has been set. However, the agriculture official fears that the target will be exceeded as some char areas are being planted and the yield is higher than last year. 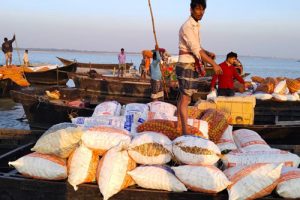 If you want to know about the bumper yield of tomatoes in small villages, Additional Deputy Director of Rajshahi Agriculture Extension Department. Taufiqur Rahman said that Godagari upazila has the highest tomato cultivation and yield among 9 upazilas of Rajshahi district. Tomato cultivation is highest in Char Ashariyadah block. This is because in the post-flood period, silt falls on the lands of this region. The soil becomes fertile due to siltation. There is also easy availability of water. That is why compost fertilizer is less than high land. So the cost is also low.

He said that due to the extensive char area, soil fertility, water availability and low cost, farmers are benefiting a lot from cultivation. That is why tomato cultivation is the most in this region. Apart from tomatoes, potato, eggplant, cauliflower, cabbage, patal, bean, squash and beans are also cultivated very well in Rabi season. However, the farmers of this region are more interested in tomato cultivation as the profit is higher.