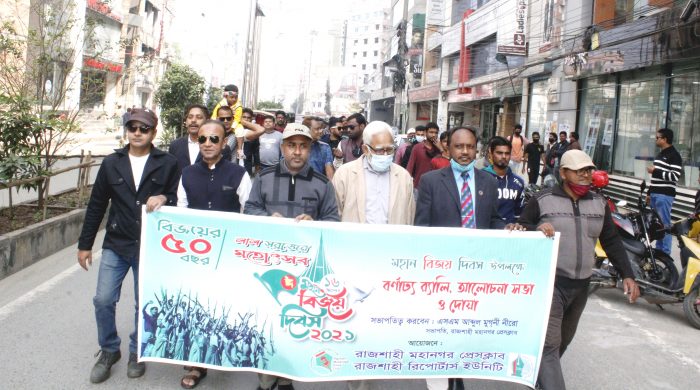 In a program organized in Rajshahi, the speakers said, 50 years have passed since our victory. The golden jubilee of the great victory of independent Bangladesh is being celebrated. But the principles of the liberation war, equality, justice, human dignity have not been fully achieved yet.

But the struggle for democracy and freedom of the media is still going on. Everyone must be united in the struggle to establish the dignity of journalists, ensure security and realize their rights.

The speakers said this at a discussion meeting and prayer program jointly organized by Rajshahi Metropolitan Press Club and Rajshahi Reporters Unity on the occasion of Great Victory Day at noon on Thursday.