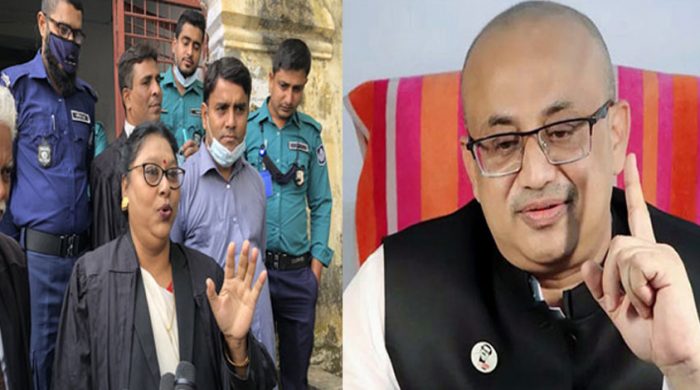 Rajshahi Cyber ​​Tribunal Court (CTC) dismissed the plea  against Murad  former State Minister in Rajshahi. An application filed under the Information Technology Act in the name of Murad Hasan has been rejected.

Mohiuddin Helal Nahid alias Nahid Helal was made the second accused in the case. The Rajshahi Cyber ​​Tribunal court on Monday dismissed the plea of ​​the case.
Earlier, on Sunday (December 12) at noon, the judge of the tribunal (District and Sessions Judge) said. Ziaur Rahman accepted the plea of ​​the case for consideration and later kept it for order.

State counsel Ismat Ara, who is in the Rajshahi Cyber ​​Tribunal court after the dismissal of the petition, told reporters that after three observations, the court judge Dr. Murad has dismissed the appeal filed against him under the Digital Security Act.
This includes the first observation that the person on whom the case was filed (Jaima Rahman) did not come to the court and file the case himself. The plaintiff in the case is a political person.

The second observation is that the date of the incident has been mentioned as December 1 in the application of the case. The case was filed on December 12. During this period, Jaima Rahman did not initially lodge any GD or complaint with the police.

If he had done so and the police had not accepted the GD or complaint, the victim could have resorted to court. But he did not go to the police station and applied for a case under the Digital Security Act directly to the court at a late time.
The third observation has been said- Dr. The same petition is being filed against Murad Hasan in different districts of the country. The court thinks that it is not advisable to file a case in more than one court on the same charge. In this case, there is no danger of deteriorating law and order situation in the country. If such a situation arose, the police would file the case themselves.

In addition, the case has been dismissed on the grounds that the provisions of the Digital Security Act of 2016, which were mentioned in the case, were not found in the case.