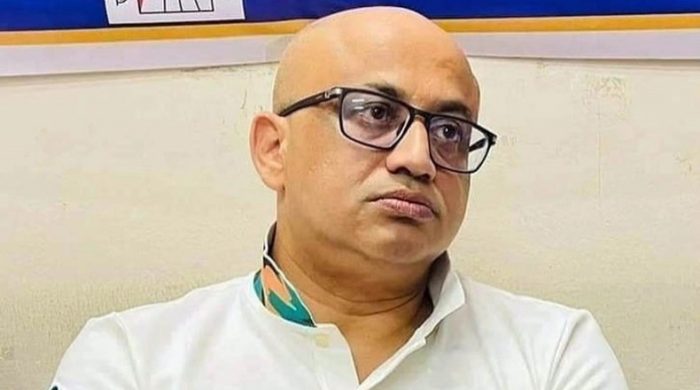 lawyer AKM Saiful Islam has lodged a case under the Digital Security Act against former Minister of State for Information and Broadcasting Murad Hasan at the Cyber ​​Tribunal in Rajshahi. Saiful is also an advisor to the Bogura Nationalist Lawyers Forum and a senior joint convener of the District BNP.
The case was filed in the Rajshahi Cyber ​​Tribunal on Sunday morning, the court’s Public Prosecutor (PP) Advocate Ismat Ara said.
She said the case was filed against BNP acting chairman Tarique Rahman’s daughter Barrister Jaima Rahman for making offensive comments on Facebook. Two people have been charged in the case. The main accused in the case are former State Minister for Information and Broadcasting Murad Hasan and the other is media presenter Muhammad Mohiuddin Helal Nahid. 5 people have become witnesses in this case.

According to the case file, media presenter Helal Nahid took an interview with Murad Hasan on December 1. The video interview was later shared by former state minister Murad Hasan on his own Varied Facebook account. In a video interview, he (Murad Hasan) made derogatory remarks about the Zia family and Barrister Jaima Rahman, indecent, misogynistic, ugly racist and degrading to any woman.

The video of the state minister for this insulting statement was immediately spread all over the world through Facebook. This has tarnished the status of women of clan family like Barrister Jaima Rahman. Saiful Islam has filed the case under sections (1) and (2) of 25/29/31/35 of the Digital Security Act 2018 on December 12 due to the publication and dissemination of false and hateful information of Jaima Rahman.

Regarding the case, Public Prosecutor (PP) Advocate Ismat Ara said that the plaintiff was involved in pro-BNP politics. So he has filed a case in the court on behalf of Tareq Rahman’s daughter Jaima Rahman. Now the judge can take the case evidence and other evidence after trial and analysis and can also dismiss the case. A case has been filed so far, so nothing can be said if this case is not heard.