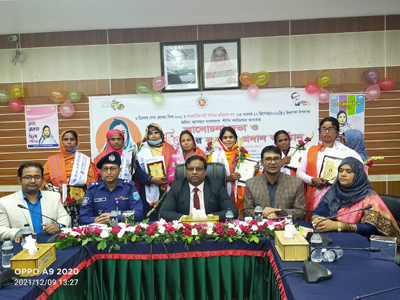 SKS Foundation, a local non-government voluntary reputed organization, celebrated Begum Rokeya Day-2021 on Thursday with due respect and in a befitting manner.

Marking the day, the organization chalked out the elaborate programmes under its Action for Socio- Economic Security AND Rights for Excluded AND Marginalized Women Girls Project with the financial support of uk Aid in technical cooperation of ManusherJonno Foundation.

In the morning around 11 AM, the organization participated in a post rally discussion meeting organized by district administration and department of women affairs at the conference room of the deputy commissioner (DC) of the district town.

Deputy Commissioner (DC) Abdul Matin addressed the meeting as the chief guest and superintendent of police Muhammad Towhidul Islam spoke at the event as the special guest.

The speakers said Begum Rokeya was born in a restricted elite Muslim family at Parabond village under Mithapukurupazila in Rangpur district on December 09 in 1880 and died on the same date in 1932 in Kolkata.

Begum Rokeya reawakened the womenfolk through her writings and strongly spoke for the economic freedom and right to education of the Muslim women, they also said.

Paying rich tribute to the memories of Begum Rokeya and mentioning her as the pioneer of women renaissance in the sub-continent, DC Abdul Matin said Rokeya had played a significant role in establishing the rights of women and eradicating social prejudices.

Later, jayeeta awards were distributed to the women

Similar programmes were also held at Saghata and Gobindaganjupazila headquarters of the district today at the initiative of the project in cooperation with upazila administrations, said project manager Lovely Khatun.

Of them, three women were also selected for jayeeta awards in district level, she added.

A large number of women from all walks of life, and district and upazila level officials including journalists of print and electronic media attended the functions spontaneously. 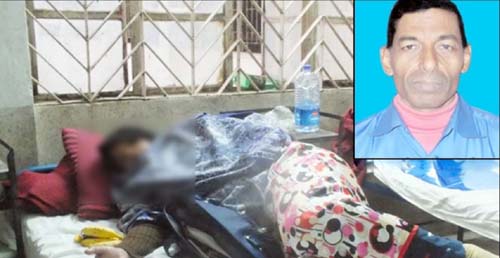 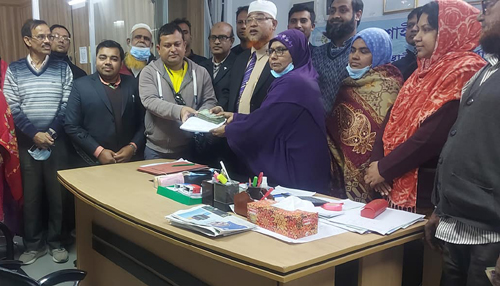