Sweets have been distributed after announce the death sentence of former Member of Parliament (MP) Abdul Momen Talukder Khoka in Bogura on Wednesday.

Former BNP backed MP of Bogura-3 (Adamdighi-Dupchanchia) constituency has been sentenced to death by the International Criminal Tribunal. Leaders and activists of the freedom fighters, Awami League and its affiliated organizations have expressed satisfaction over this verdict.

A murder case against Khoka on June 1, 1972 at the Adamdighi police station was filed the first after the independence. 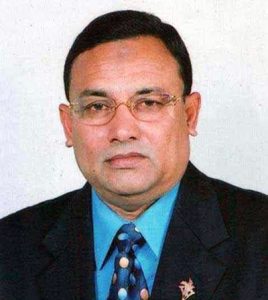 The case was later adjourned for unknown reasons. In 1971, Abdul Momin Talukder Khoka, in collaboration with the Pak-aggressor forces, was accused of killing, raping and setting fire to freedom fighters and other civilians in different areas of the upazila.

After that, Senior Assistant Superintendent of Police JTM Altafur Rahman, Prosecutor Aid, Sultan Mahmud Simon and other members of the investigation committee submitted a report against Abdul Momin Talukder Khoka to the court after a long investigation.

After the verdict was announced, heroic freedom fighters, Awami League and pro-independence people distributed sweets in Adamdighi, held a joyous procession and discussion meeting at the initiative of Muktijoddha Sangsad.

On the other hand, joyous procession and discussion meeting was held on the initiative of Santahar Municipal Awami League of the upazila. No statement has been received from the family of convicted accused Abdul Momin Talukder Khoka in this case.