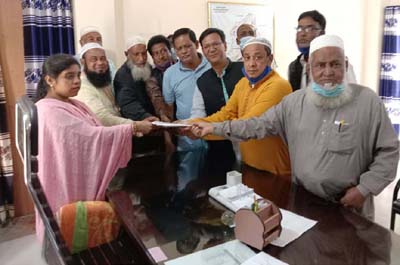 The list of Awami League nominated boat candidates of 8 unions of Kahalu upazila of Bogra has been released on Sunday ahead of the 4th phase of UP elections on December 23. Local Awami League leaders, including AH Mannan, general secretary of the Upazila Awami League, confirmed the list published online. According to the published list, those who have been nominated are Akram Hossain in Birkedar Union, Ruhul Amin Talukder Belal in Narhat Union, Md. Mitu Chowdhury in Paikar Union, Dr. Abdul Hakim in Malcha Union. According to the published list, the local leaders said that except for Azahar Ali who was nominated by Awami League in Kalai Union, all those who were nominated in 6 unions are familiar faces. Although Azahar Ali’s name was on the list of Awami League nominees, the leaders said that no one in the local Awami League knew him. Upazila Awami League general secretary AH Mannan’s idea name may come by mistake.