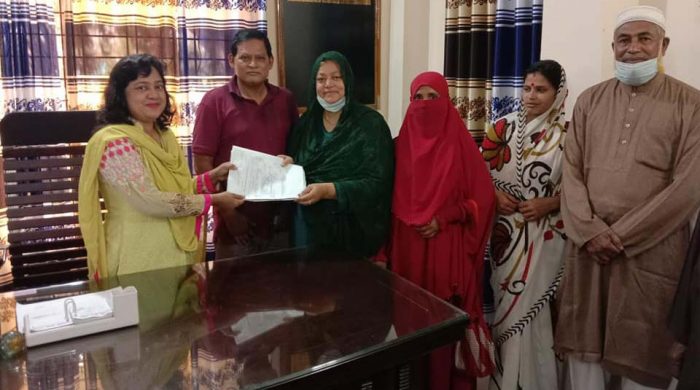 For the first time in Kahalu Upazila of Bogura, a brave woman has filed her nomination papers for the post of General Member of Sadar Union. This brave woman Achma Khatun is the president of the Upazila Community Policing Committee and wife of the former president of the Kahalu Press Club, Abdus Chalek.