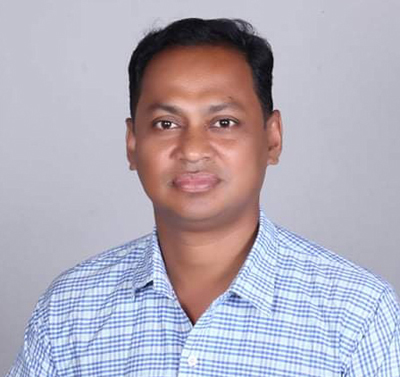 Majedur Rahman Milon, a candidate for the post of member of ward 6 of Khamarkandi union under Sherpur upazila, has promised to form a model ward if he wins in the union poll on 11 November.

Talking to the locals, it is learned that the ward did not have any touch of modernity and the expected development, service and welfare of the people of this ward did not happen.

In fact, as visible development has not taken place even today, Majedur Rahman has chosen Milon as a worthy candidate for the post of member. The young leader, if elected, would establish social justice for the welfare and service of people of all walks of life. Build Ward 8 as a model word.

He further said that bridges, culverts, roads, mosques, madrasas, maktabs, orphanages, Hefzkhana schools, colleges, playgrounds of Tair Government Primary School in Magura will be widened, tubewells will be installed to quench the thirst of pedestrians and tree planting will be arranged.

Komalmati will provide financial assistance to make the children interested in education. To organize real sports competitions to keep the youth away from drug addicts and mobile addicts.

It is seen that the residents of this area are suffering from various problems. There is no alternative but a road for human movement and the road is muddy and slippery due to lack of drainage system. During this time pedestrians in the area got in trouble.

As there is no light on the road, the area gets dark in the evening. In order to prevent various criminal activities including drugs and theft and snatching, Jannatul will arrange lighting in the streets and in the rest of the graveyards.

He said that the people of this ward are far behind. The area needs a lot of development compared to other wards. I am a child of this area. I consider the suffering of the locals as my own suffering. If the member is elected, I will change the look of the area. I want to remove the civic difficulties first of all.

He said he would work with the administration and locals to make the ward drug-free. In particular, I will emphasize on street lighting and drainage system. I will solve these problems somehow.

Milon added that if elected, the government space in the ward would be used to rehabilitate the landless. We want to build a clean ward with modern health center, community center, and digital library. All in all, I will work in such a way that the 8th ward becomes a model word