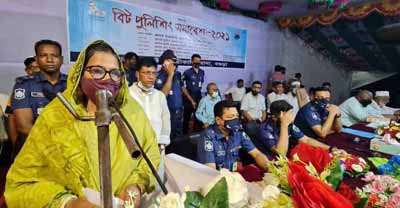 The police have already taken place in the hearts of the people as friends of the people. If the police mob works together, the progress of law and order control and development will be further accelerated. He called upon the people to cooperate in the work of the police said Sahadara Mannan, Member of Parliament for Bogura-1 constituency at beat policing seminer as chief guest.

Beat policing system has been introduced to bring police services to the doorsteps of the people. So that people can get all their services in their area. The police are no longer a matter of fear. The police have to think of the people as friends.

First go to the beat policing office with the problem. Your problem means the problem of the police. The police will stand by you with maximum force. Superintendent of Police Sudip Kumar Chakraborty said these in beat policing programme as chief speaker. 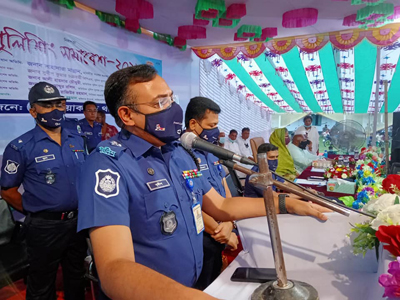 A rally was held at Ramchandrapur School and College ground at 4 pm on Tuesday organized by the police in Sariakandi.