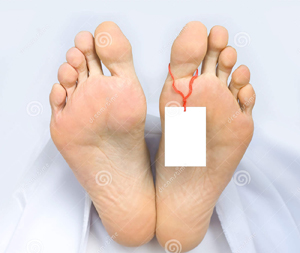 A former police constable named Rezaul Karim Liton (36) has committed suicide by hanging himself after quarreling with his mother in Badarganj of Rangpur. Police found his body hanging from his bedroom.

The incident took place on Thursday (September 9) morning at Araji Dilalpur Baldiapara in Gopinathpur Union of the upazila. He is the son of Jikrul Haque and Rabia Bashari. Additional Superintendent of Police (B-Circle) Sifat E Rabban visited the spot after receiving the news.
According to police and local sources, Rezaul Karim Liton was previously working as a police constable. He lost his job due to drug addiction. He then joined the Syedpur Railway Factory in Nilphamari district as a worker.

Meanwhile, when Liton became addicted to yaba again, his wife Laboni Akhter went to her father’s house with her only daughter Smriti Moni (13) in anger. Meanwhile, Liton had a quarrel with his mother every day for drug money.

On Wednesday (September 8), Liton had an argument with his mother Rabia Bashari when he went to ask for money for drugs. In the end, his mother said that she could not pay. Liton fell asleep in his bedroom that night. The family members found the body hanging around the neck(locally known as aara) of the house after breaking the door on Thursday morning.

After informing the police, they recovered Liton’s body from the spot and sent it to the morgue.
Badarganj Police Station OC Habibur Rahman said Liton fell asleep in a separate room at night. Initially thought to be suicide. His body was sent to the morgue of Rangpur Medical College Hospital.