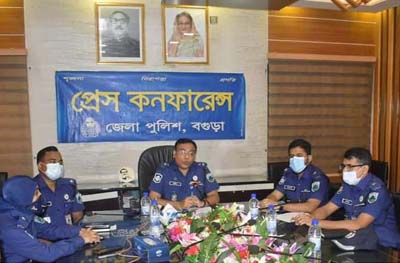 Acting on a tip-off by detective branch, a team of sadar thana police conducted a raid in the location while 10/12 robbers had been trying to execute a robbery in the area of the town and arrested them and arrested the five and others fled from the location sensing the presence of the law-enforcers. 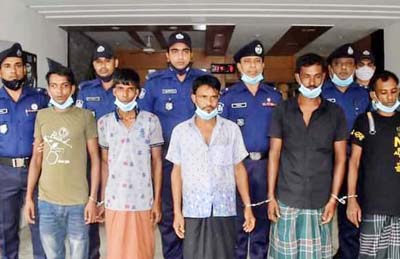 The arrested were identified as Abdul Karim Mondal, 26, Anju, 35, Mostaque Mia allies Mosta, 49, Sree Kartik, 24 and Sujan Chandra Das, 22 who were the inhabitants of from different upazilas of Gaibandha district.

Sudip Kumar Chakraborty, Superintendent of Police (SP) of Bogura said that because of prompt and pro-acting policing, the robbers were nabbed just before conducting robbery and it is a real success of the field-level police of Bogura.

The people of Bogura should be aware of such crimes in the district and they can get the help of the law-enforcers by calling 999 and the cooperation of the people may help police to execute rapid response, urged the SP.