Two sentenced to death for killing a driver in Pabna 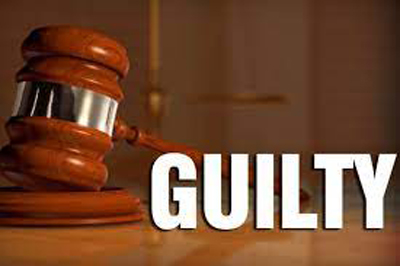 The convicts are Robel Rubbel Hossain Rubbel,40, son of Nuru Saha of village Charmirkamari and Rubel,30, son of Sekendar Ali of village Musuria in Ishwardi Upazila

Public prosecutor of Pabna Advocate Abdus Samad Ratan quoting the case statement said both Robbel and Rubel took him with his vehicle on April, 4 in 2015 since then he was missing.

After investigation police submitted charge sheet accusing five people. According to the witness and evidences Robbel and Rubel are sentenced to death for abducting and killing the victim, the PP said.

Of the accused Rofikul and Shipon found guilty as the looted Vudvudi and mobile phone of the victim recovered them so they were sentenced three years imprisonment.

Another accused of the case Md. Rabbi was however acquitted from the charge, the PP added. The accused were appeared before the court, they were sent to jail from the court room.