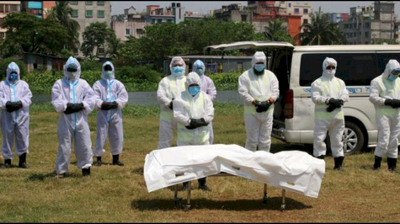 A total 8 patients died of taking corona positive & symptoms in the last 24 hours from Tuesday to Wednesday in Bogura.

Three of them died of corona and five died of symptoms, confirmed the information Deputy Civil Surgeon Mostafizur Rahman.

So far, a total of 674 people died of corona in the district. A total of 21,018 people have been infected. And 19 thousand 211 people have returned home healthy.