Mystery of a clueless murder Unearthed by Bogura Police 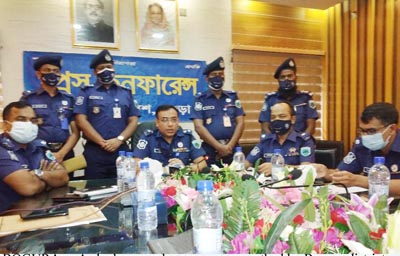 A clueless murder case was unearthed by Bogura district police after two months through a hectic investigation and police arrested four killers in connection with the murder incident.

Police quoting case statement said that on June 24 this year morning, police was informed about a dead body at Dhopntola area beside Nashratpur to Motpukuria road under Nashratpur union in Adamdighi upazila of Bogura district. 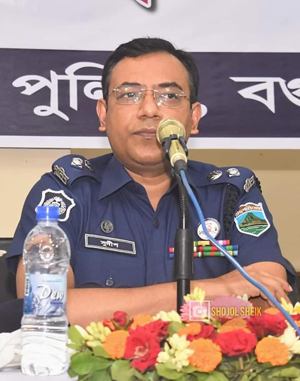 Later police found his strangulated dead body by handkerchief and after recovering the dead body, it was sent to hospital’s morgue in Bogura for autopsy, added the police.

Police also said that after lodging case, on the direction of the Superintendent of Police (SP) of Bogura Sudip Kumar Chakraborty, police team of Adamdighi circle and Police station have conducted incentive investigation and unearthed the clueless murder and arrested four murderers in connection with the murder case.

Sudip Kumar Chakraborty, Superintendent of Police (SP) of Bogura told the news men through a press briefing that the arrestees might be the members of inter-district criminal gang and they will be sent to the court seeking seven days’ remand and police will show zero tolerance in connection with any crime in the district and have been working on fixed plans.