Awarding of honors on World Photography Day hosted in Bogura 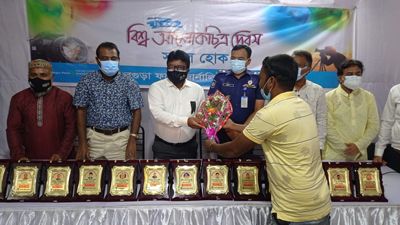 Discussion meeting as well as awarding of honors on World Photography Day was hosted at Press Club auditorium in Bogura on Tuesday.

Leaders and guests including the founding convener, former president and general secretary of the organization were honored at the function.