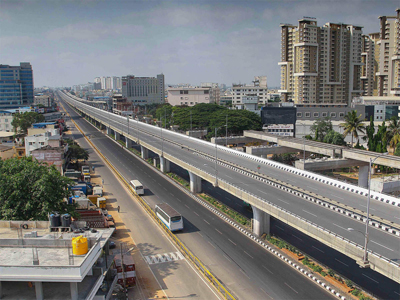 Rajshahi City Corporation (RCC) is going to construct five more flyovers with the main thrust of overall development of the metropolis through freeing it from traffic congestion.

Recently, the city corporation has taken a TK 1175.52-crore project for construction of the flyovers and 19 infrastructures, said Superintending Engineer Nurul Islam. 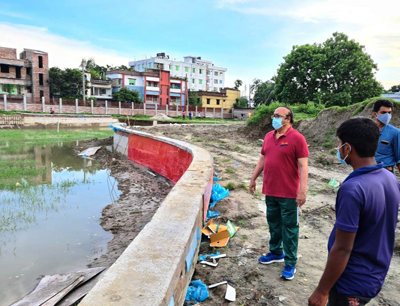 The flyovers will be constructed with an estimated cost of around TK  821.93 crore, while the infrastructures at TK  353.59 crore as part of  RCC’s TK 2,993-crore project titled ‘Integrated Urban Infrastructure Development in Rajshahi City’.

To this end, the city corporation has signed an agreement with three private consultancy farms.

Under the contract, RCC will receive services of preparing detailed design, drawing, consultation and supervision including other incidental works for construction of five flyovers and 19 infrastructures.

Earlier, the city corporation has constructed a 202.5-meter flyover along with a 120-meter ramp at Budhpara Railway crossing with an estimated cost of TK 29.28 crore for the first time in Rajshahi city.

The flyover has been constructed on a 6.793-kilometer east-west four-lane connecting road at a cost of TK 189.34-crore.

City Mayor AHM Khairuzzaman Liton said the Rajshahi city will get a new look upon successful implementation of the mega project.

“We are working relentlessly to make the city green, habitable and self-reliant,” he added.

In addition to the five flyovers and 19 infrastructures, various infrastructure development works are being implemented under the project scheduled to be completed by June, 2024, Mayor Liton added. Ten foot-over bridges will also be constructed.

He said Sheikh Russel Shishu Park is established in Chhotobangram area at a cost of around Taka 4.43 crore.

Rajshahi city has already become a clean and green city with different uplift projects, he added.

Padma River bank is attracting tourists as the Rajshahi City Corporation has built bridges with marking attractive decoration and colour on the river bank.

After a recent beautification project was completed, the river bank is now teeming with tourists.

The once neglected Padma riverbank adjacent to Shaheb Bazar has now become an attractive tourist and recreational spot.

Liton expressed his firm resolve to restore the scenic beauty of the river bank and enhance the cleanliness drive in the area to facilitate large numbers of people enjoying their visit in a family friendly atmosphere.

He said the new infrastructure and facilities are encouraging people to enjoy the outdoors with their friends and families.

Borokuthi River bank and Lalon Shah River Resort also got a facade upgrade with a new look to attract more visitors and facilitate the cultural organisations to arrange various programs to attract visitors.

Liton also said Rajshahi City Corporation has planned to reclaim around 12 square kilometres of char land of Padma River for developing a satellite town adjacent to the city protection embankment.

As the river’s main flow turned towards its right bank, the satellite town might be built on the left bank.

Liton said the part of the river near the left bank, where flood water remains for less than a month every year, would be turned into a huge lake.

The lake would stand between the satellite town and the city protection embankment and there would be a bridge to the newly developed city, he added.

“Rajshahi would be beautiful if we can properly execute the plan,” the mayor said, adding that the city’s accommodation problems will be ease as well.