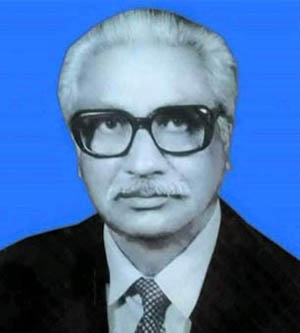 Former state minister and former BNP joint secretary general Mirza Abdul Halim has died due to old age. He died at his residence in Kaitula village of historic Joynagar in Bera upazila of Pabna district at 7.30 am on Friday. He was 93.

He is survived by two sons, a daughter and innumerable admirers.

According to the Pabna district BNP sources said that Mirza Abdul Halim, a close associate of BNP founder and former president Ziaur Rahman, was elected Member of Parliament for Pabna-5 (Sadar) constituency. He served as the Minister of State for Shipping in Ziaur Rahman’s cabinet from November 24, 1979 to November 24, 1981. He was the first minister of Pabna district.

Mirza Abdul Halim was beloved by the oppressed public leader Maulana Abdul Hamid Khan Bhasani. Mirza Halim had a good reputation as a popular football player. He played for the Victoria Club.

He was buried at Joynagar graveyard after Asr prayers at Joynagar Eidgah ground on Friday.