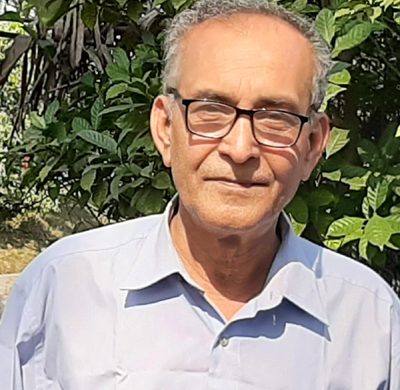 Anjan Bhattacharya, a sub editor of the Pabna Barta published from Pabna, columnist and member of Chatmohar Press Club passed away. He was also prominent homeopath physician and the convener of the Baral Raksha movement. He was 67.  He died of a heart attack on the way to his homeopath chamber near his residence at around 11 am on Friday.

Rakibur Rahman Tukun, president of Chatmohar press club, confirmed the information, saying Anjan Bhattacharya suddenly fell on the road on the way from his home to his homeo chamber at new market. The locals rescued him and took him to Chatmohar Upazila Health Complex, the doctor on duty declared him dead.

He is survived by his wife, two sons and numerous of admirers, colleagues and relatives.

His death has cast a shadow of mourning among various professional people including journalists in Chatmohar.

A three-day mourning programme has been announced by the Chatmohar Press Club on his death.

The programme includes holding a black badge on Saturday, prayers on Sunday and a memorial service on Monday.