With the leadership of the Mayor of Bogura Municipality Rezaul Karim Badsha, new elected body took the responsibility of 21 words of Bogura municipality and the development activities of the municipality along with the hard works of the elected body, has been going fast and, in the case, the word-number-08 becomes the role model of the people under the Municipality led by Principal Arshadul Bari Arshad. 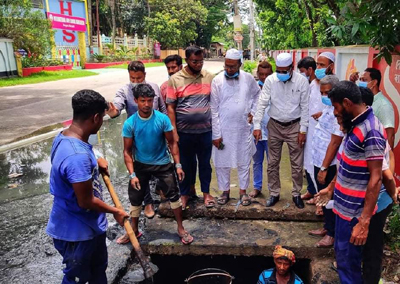 Counsellour office sources said that the word counsellour Principal Arshadul Bari Arshad has been elected for the second time and has been working hard to create smooth environment from Shatmatha to Seujgari, part of Sutrapur, Sabujbag, part of Malgram and Jamilnagar under the municipality in a planned way.

In the last three months, the carpeting of 500-mitre roads, the construction of 500 mitre guide wall, repairment of drainage, clearance of the drainage and 300 miter-long road brick-soling and spending at Tk. 5 lakh, the stagnant of water from Seujgari, Shabujbag and Jamilnagar areas, was lessened sofar, informed the engineering department of the municipality. 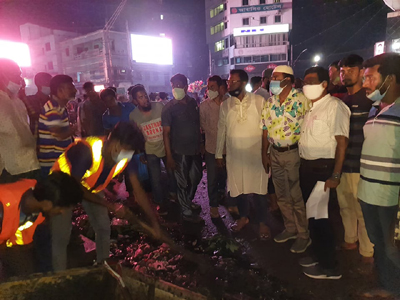 Counsellour Principal Arshadul Bari Arshad said that he has been working hard to become the role model under the municipality area so that the people can be benefitted.

In his first time of counsellourship during 2004-2011, he tried to develop the overall infrastructural development of the word spending huge some money and the inhabitants of the word will stay beside him in the development activities, added the Counsellour Arshad.

Contacted, Mayor of Bogura Municipality Rezaul Karim Badsha said that the problems of the municipality have been identified early and they have taken some work-plans with the finance of the municipality fund and the government. They seek the cooperation from the sides of different organisations of GO and NGO.