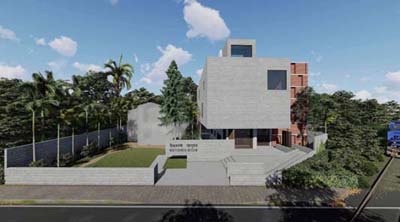 The construction work of the own building of North Bengal Jadghar in Kurigram is starting. A four-storey building will be constructed on 20 percent of the land at a cost of Tk 2.17 crore allocated by the Ministry of Liberation War Affairs.

Lawyer SM Abraham Lincoln set up the magic house at his home in Nazira Bepari Para, a new town in Kurigram. The living room, dining room, Seresta room and even the bedroom of the two-storey bus building are decorated with more than two thousand authentic documents and various materials commemorating the local history, heritage and liberation war.

People of different ages and professions rushed there to see the magic house. Turn around and look back. Many talented people of the country including senior officials have come to see the museum at different times.

Abraham collected many rare memorabilia while working in the field of research on the Liberation War. He built the museum in his own home with these. The journey of the museum started on April 12, 2012. After 9 long years, the magic house is going to its own address.

The land was donated by the founder himself. It was designed by Bayazid Mahbub Khandaker, an engineer for a firm called Nakshabid in Dhaka. Its construction is expected to be completed in two years.

The museum has a list of 5,065 Razakars in the greater Rangpur district. Documents of their apology, list of members of the peace committee, some dummy rifles used by the freedom fighters in the Roumari battlefield, mortar shells, grenade-goal boxes and other documents thrown by the Pakistani forces in the Bhurungamari battlefield.