Two drug dealers arrested with 100 pieces of yaba in Bogura 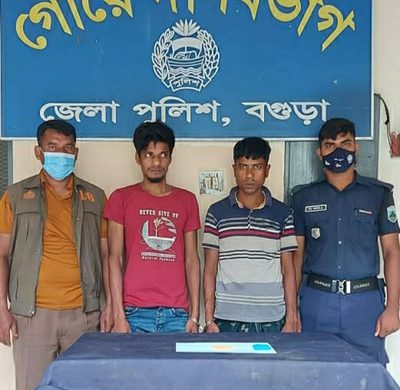 The arrested are identified as Faruk Hossain (31), son of Md Bablu Mondal at Rameshwarpur and yakub Ali, 28,  son of  Sirazul Islam at Rameshwarpur village under Gabtoly upazila in Bogura.

It is learned that a team of  DB raided in the noted area and arrested them from the side of Bogura to Natore highway in front of Sonali Bank at Jamadar Pukur Bazar under Shajahanpur police station with 100 pieces yaba.

A case has been lodged against the arrested accused at  Shajahanpur Police Station and sent to a wise court.