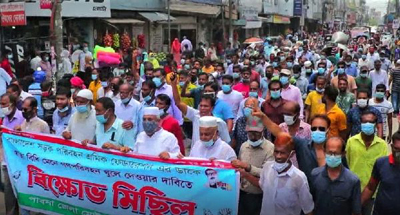 Transport workers of Pabna have staged a procession and a rally demanding to open public transport in compliance with health rules during the coronal lockdown Sunday noon.

At the call of Bangladesh Road Transport Workers Federation, a protest procession came out from the local old bus stand at around 2pm at the joint initiative of Pabna District Motor Workers Union and Truck Drivers Union. The procession turned around the town’s main road and again gathered in front of the old bus stand.