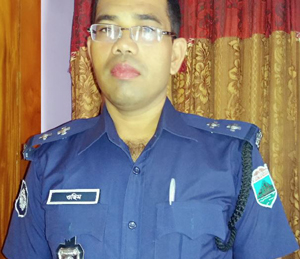 A police officer was held with 12 KG hemp from police station compound in Pabna Sadar upazila couple of days ago. The matter comes in light on Wednesday after filing case.

Acting on a tip off a high official team of Pabna police recovered illegal reserve of 12 KG hemp from personal cabinet of Osim possession in the police station compound on April, 26 said Md. Jinnat Sarkar, inspector of Detective Branch of police stated in his case file.

“When we asked him for storing huge drug in his possession the SI did not give satisfactory answer. The SI Osim Uddin was also accused of many incidents earlier.” the additional SP said.

The arrestee was sent to jail through the court on Tuesday the Additional SP said adding that the accused police officer was also suspended from his post on Tuesday after filing case.

A departmental inquiry committee has also formed beside regular investigation work according to police.