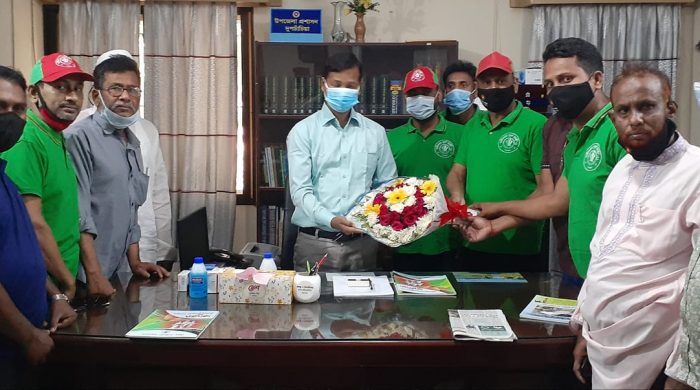 UNO seeks all sorts of assistance to implement government order from the journalists involved with print and online media though his welcome speech. He will try to ensure smooth citizen service during his job period.

He worked as former Senior Assistant Secretary, BEZA, Prime Minister’s Office at BCS Administration, Upazila Nirbahi Officer under Chowhali upazila of Sirajganj district & upazila nirbahi officer under Badolgachhi upazila of Naogaon. He is BCS officer (Administration) of 31th BCS. He has complited his duty successfully and sincerely in his former stations.

Later he is working as upazila nirbahi officer under Dupchanchia upazila of Bogura district.